The F-22 was a Great Dogfighter, Could It Have Been a Great Bomber Too? 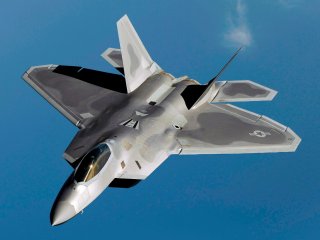 Here's What You Need to Remember: The Pentagon passed on a chance to acquire a capable bomber sooner and far more cheaply than the half-a-billion per plane projected for the B-21 Raider now under development. Yet, doubling down on a Raptor bomber would have saddled the Air Force with two long-term issues: the first is the Raptor’s dated 90s-era computer system and data link, which aren’t highly compatible with new and far superior networked combat systems.