F-35 Won't Cut It: Why the Navy Needs a 6th Generation Stealth Fighter 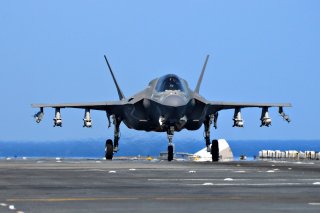 Key Point: The Navy doesn't yet know what its next warplane will look like.

David Axe served as Defense Editor of the National Interest. He is the author of the graphic novels  War Fix, War Is Boring and Machete Squad. This piece was originally featured in November 2019 and is being republished due to reader's interest.