Filing Your Taxes Early Can Help You Get That Stimulus Check 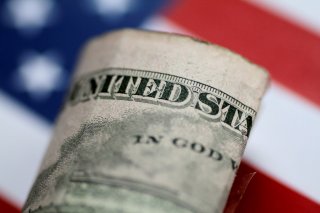 Here's What You Need to Remember: Distribution of the third round of stimulus payments is ongoing, with the IRS recently reporting that it has distributed approximately 163 million checks totaling roughly $384 billion to eligible Americans.

Americans receiving their third-round stimulus payment of up to $1,400 should be on the lookout for an important letter (no, not that letter from the President) that they would do well to keep hold of.

These notices might be critically important for some people in the future, for several reasons.

First, when the IRS first began to determine eligibility for third-sound stimulus checks of up to $1,400, they did so based on individual or joint adjusted gross income (AGI). For this, the IRS was forced to rely on the 2019 tax returns as its most recent source of data. Since then, Americans have been filing their 2020 tax returns, and many are reporting a loss of income or change in dependent status that might have important implications for their eligibility for more money. The IRS has been reviewing 2020 tax returns to determine who is eligible for a larger stimulus payment through a supplemental payment it describes as a “plus-up” payment. Your Notice 1444-C can help determine if you qualify for a plus-up payment.

Additionally, these notices will likely come into play next tax season. Beyond needing the form in order to file 2021 taxes, they may help people claim an important rebate. The American Rescue Plan, which initiated the distribution of the third-round stimulus checks, also allowed people to claim a stimulus check recovery rebate credit if they did not receive all or some of the money they were eligible for as part of the first two rounds of stimulus payments. In order to claim a similar rebate credit in the future, people will need their Notice 1444-C.

According to its website, the IRS will be unable to issue a copy of the notice if it is lost, though people will be able to view the amount they received online.

Distribution of the third round of stimulus payments is ongoing, with the IRS recently reporting that it has distributed approximately 163 million checks totaling roughly $384 billion to eligible Americans. This includes over 730,000 plus-up payments, the distribution of which is likely to continue for several more weeks given the IRS’ decision to extend Tax Day to May 17.