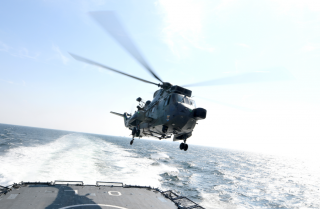 Here's What You Need To Remember: While it is absolutely true that al modern military helicopters—from the UH-60 Black Hawk to the AH-64 Apache —can all be traced back to the Sikorsky R-4 and its prototypes, the design from Russian immigrant Igor Sikorsky wasn’t, in fact, the first helicopter, and it wasn't an air force or army air corps that saw the possibilities for such an aircraft but rather naval planners.