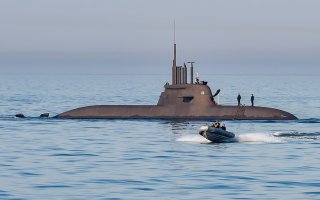 Here's What You Need to Know: U.S. Navy and Marine Corps strategy increasingly calls for procuring winsome, cheap, yet hard-hitting warships in large numbers in order to prosecute “distributed” operations. The concept would add resiliency to the fleet, letting it absorb the loss of individual ships while retaining enough capacity to fight on. That applies to the undersea fleet as well—or should. Manned and unmanned conventional submersibles appear to fit neatly into the new paradigm.

In November 2020 the fine folks at USNI News and The War Zone reported on an intriguing interview with Rex Geveden. Geveden is the chief executive of BWX Technologies, the firm that supplies nuclear reactors to the U.S. Navy aircraft-carrier and submarine fleets. He forecast that the U.S. Navy’s next generation of nuclear-powered attack sub (SSN), currently dubbed SSN(X), “will be a larger type of submarine, probably in the size class of the Columbia”—Columbia being the new nuclear-powered ballistic-missile submarine (SSBN) class that rumbled into production in 2020 when the navy awarded builders a $9.47 billion contract for the first hull and advance work on the second.