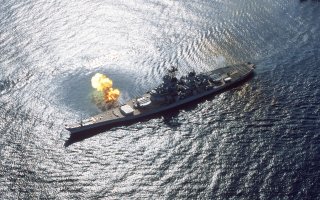 Key point: The Iowa-class battleships are a masterclass in solid naval ship design.

James Holmes is J. C. Wylie Chair of Maritime Strategy at the U.S. Naval War College. The views voiced here are his alone. This first appeared earlier and is being reposted due to reader interest.