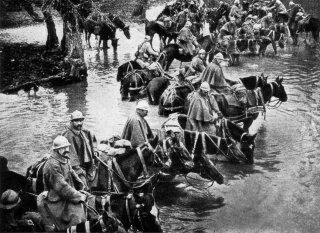 Here's What You Need To Remember: Decoded by the British, who passed it on to the Americans, it became a justification—along with unrestricted submarine warfare—for the U.S. declaration of war on Germany in April 1917.

This was the famous Zimmermann Telegram. Decoded by the British, who passed it on to the Americans, it became a justification—along with unrestricted submarine warfare—for the U.S. declaration of war on Germany in April 1917.