Given Up on a New Stimulus Check? One State's Residents Are Praying for Them. 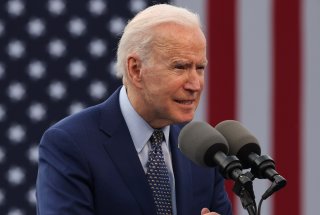 Here's What You Need to Remember: It is unclear if a fourth stimulus check is needed. More than a year after the first lockdowns, the COVID-19 crisis is on the wane, with vaccines freely available to all Americans.

Following the launch of President Joe Biden’s third round of stimulus checks in March, more than 160 million payments of $1400 each have been made. The broader economic usefulness of direct stimulus payments, and the degree of beneficial effect that they have on the economy, has been debated elsewhere, but there is no question that these payments have helped millions of Americans.

Perhaps the best evidence for this are the signs that many Americans already want a fourth check. Data obtained from Google’s Google Trends service shows that searches for a fourth stimulus check have trended steadily upward since March, experiencing an enormous boost in April.

Interestingly, there is some degree of regional variation in the searches. Searches for stimulus checks have been most popular nationwide in West Virginia, with a baseline search interest of 100. (Google’s search tracking algorithm charts the highest number as 100, then ranks the lower numbers below that as a percentage of 100.) West Virginia is followed by Mississippi with 81, Arkansas with 74, and Kentucky and Oklahoma with numbers in the mid-60s.

According to research conducted by real-estate website Ownerly, the inhabitants of these four states also benefited the most from the first round of stimulus checks under President Trump in March 2020. This should come as no surprise, since a $1400 stimulus check goes much further in Mississippi than it does in New York, which has twice Mississippi’s GDP per capita. Considering this, the poorer states’ interest in a fourth check is probably not all that surprising.

It is also interesting that these states all lean heavily red – and the Republicans who represent them in Congress have generally been less willing to provide their constituents with generous stimulus checks. Republicans, nominally fiscal conservatives, have cited the measures’ extreme cost – the March 2021 payments have so far cost American taxpayers approximately $380 billion – questioning their ability to “stimulate” the economy and criticizing their effect on the labor market.

Finally, at this point, it is unclear if a fourth stimulus check is needed. More than a year after the first lockdowns, the COVID-19 crisis is on the wane, with vaccines freely available to all Americans. Data collected by the U.S. Census Bureau suggests that the stimulus checks are no longer being used to buy basic necessities, like food and toilet paper, and increasingly being used to pay down existing debts such as student loans and credit card debt. While this is a positive sign indicating confidence in the economy – people do not generally pay down their debts during economic crises – it also undercuts the argument that American direly need stimulus payments to avoid economic catastrophe.

Possibly for this reason, political will for an additional round of stimulus checks has waned in Washington; while many progressive Democrats have argued in favor of regular payments for the duration of the crisis, President Biden’s hundredth-day speech made no mention of a fourth round of checks. If one comes, however, it will come because the representatives from West Virginia, Mississippi, Arkansas and Kentucky approve it.