Going In Close: The Soviet Su-25 Frogfoot Was a Killer at One Thing 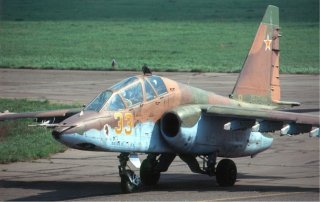 Here's What You Need To Remember: While it’s fun to admire high-performing fighters like the MiG-29 or F-22 Raptor, the unglamorous Su-25 has so far had a greater impact on a wide range of conflicts.