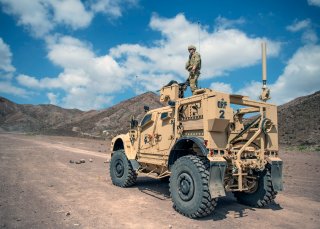 Here's What You Need to Remember: For many years, Africa has been a key place for ongoing U.S. counterinsurgency efforts and counterterrorism operations, yet in recent years it has become increasingly clear that the African continent is a crucial area of focus needed for great power competition.

“As we look at Africa I would highlight to you that the largest concern we have is how we compete with Russia and China. From both a military and economic perspective, the Russian and Chinese are looking for opportunities to expand their influence,” Gen. Jeffrey Harrigian, Commander, U.S. Air Forces, Europe-Africa, told reporters recently at the 2021 Air Force Association Symposium.