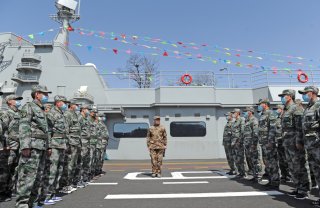 Here's What You Need to Know: The fact that China is looking for a specialized training jet is evidence that Beijing’s carrier plans are maturing. A single aircraft carrier, like Russia has, is a novelty. But China may build four or more carriers, which will require infrastructure and equipment such as carrier training jets.