Here Are the Best Strategies for Maximizing Your Social Security 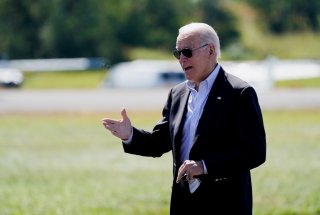 Here's What You Need to Remember: It must be said that Social Security alone is usually not enough to provide for a comfortable retirement. The payments are designed to provide around forty percent of a person’s pre-retirement income, but most people could not survive comfortably if sixty percent of their yearly income disappeared tomorrow.

The mechanism by which Social Security payments are provided is fairly simple. During one’s lifetime, one pays Social Security taxes, which are set aside from other taxes and placed in the Social Security Administration’s trust fund. Then, once a person reaches “full retirement age” (FRA), they are eligible to claim their benefits, which then last for the remainder of their life.

The transfer of wealth between taxes paid out while young and benefits received while old is essentially never one-to-one. Instead, the program amounts to a generational transfer of wealth, with young people paying for older Americans’ Social Security benefits during their careers and having theirs covered by the following generation.

While most Americans have set aside extra cash during their lifetimes, many rely deeply on Social Security to make ends meet during their retirement—and can benefit from a number of strategies designed to improve their amount.

One of the most significant of these methods is by waiting beyond one’s FRA age to cash in. Although the FRA is typically sixty-six or sixty-seven depending on one’s birth year, waiting an additional year to file for benefits will increase the monthly payments by around eight percent per year. For this reason, if one would normally cash out at age sixty-seven, waiting until seventy—the oldest possible age to file—will net one an extra twenty-five percent premium per month, which pays for itself over a period of roughly fifteen years.

Waiting to claim one’s benefits can often mean delaying one’s retirement, or retiring and using earlier savings to pay for the extra years. Although it amounts to extra work, this can also be a good decision for one’s post-retirement income. In addition to the extra income generated by a few years of additional work, a person’s Social Security benefits are tied to how much money they made in salary during their lifetimes. Because the benefits are calculated based on the thirty-five highest-income years of a person’s life, and because most people make more money after they have seniority, a few extra years can make a tangible increase to one’s Social Security benefit.

Finally, it must be said that Social Security alone is usually not enough to provide for a comfortable retirement. The payments are designed to provide around forty percent of a person’s pre-retirement income, but most people could not survive comfortably if sixty percent of their yearly income disappeared tomorrow. For this reason, it is usually important to supplement the Social Security payments with another source of money–often a nest egg saved up during one’s lifetime.