Here's What You Need to Know about Russia's "Kamikaze Drones" 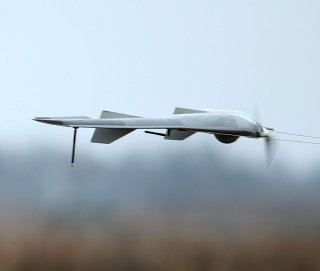 Here's What You Need To Remember: While the warheads on loitering munitions aren’t big—about the power of a grenade—the weapon is ideal for locating and hitting targets, such as enemy mortars, that are screened by terrain.