Hopes For a Fourth Stimulus Check Are Officially Gone 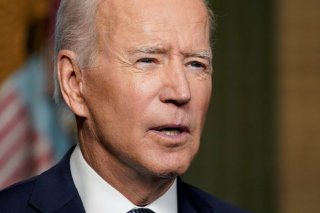 For much of the last several months, numerous media outlets have raised the possibility of whether there will be a fourth round of stimulus checks this year, following the two that were distributed by the government in 2020 and the third that came out with the American Rescue Plan Act in March.

While petitions and letters from two different groups of members of Congress have called for an additional round of stimulus checks, it's been fairly clear for several months that no fourth check is on the way.

The Biden Administration has not made the pursuit of a fourth check a legislative priority, and any move to do so would require both its full endorsement and deployment of a great deal of political capital.

Biden’s first budget did not include additional checks, and the administration is pushing its infrastructure plans, on both a bipartisan and strictly Democratic track, but neither one of those tracks appear to include a proposal for additional stimulus checks. The American Families Plan, which will presumably form the basis of Biden’s proposed Democrats-only plan, includes such proposals as extending the child tax credit even further, while also offering such social programs as free community college and more generous family leave.

CNN was clear in a report Tuesday: “No, there is no fourth stimulus check on the way.”

“Congress, which would have to approve the money, is unlikely to consider more spending on direct payments as the economy rebounds,” the network’s report said. "While there's some support from Democratic lawmakers for recurring payments, the party has slim majorities in the House and Senate, and limiting the third round of payments was a key priority for moderates during negotiations of the latest pandemic relief package passed in March.”

This doesn’t mean, however, that the government is done sending out payments. The last of the stimulus checks from the American Rescue Plan have been rolling out in recent weeks, including “plus-up” payments, while the first payments from the expanded child tax credit will begin finding their way into bank accounts starting July 15.

The previous stimulus checks came about as a response to the throes of the pandemic, while the American Rescue Plan Act checks were part of a larger rescue package pursued by a new president. With the pandemic conditions dissipating and the economy improving, there is likely little political will to pass another round of checks. And while a couple of dozen members of Congress have come out in favor of additional stimulus, the idea does not have enough support to pass both houses of Congress or to overcome the inevitable Senate filibuster.