How Israel Is Putting Its Kamikaze Drones to Use in Syria 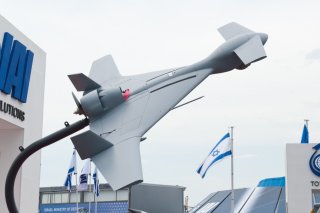 Here's What You Need to Remember: Under the circumstances, it’s difficult to judge the Pantsir’s effectiveness given the extent of the force leveraged against it by experienced and well-equipped Israeli forces. In the coming months, Syria may eventually activate long-range S-300 surface-to-air missiles systems which may impose additional risks and costs on Israeli strikes.