How Laser Weapons Could Become a Major Asset for the U.S. Navy 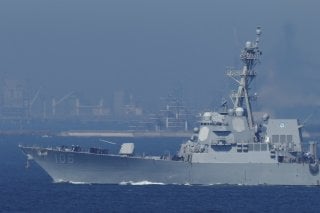 Here's What You Need to Remember: Along with robots and artificial intelligence, lasers are seen as part of how the military will fight wars in the 2040s, using what are now considered futuristic weapons.