How to Make Iran's Generals Cry? Give Israel B-52 Bombers 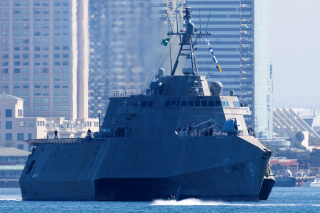 Here's What You Need to Remember: Israel has most of what it needs from the United States; in several areas, the technical capabilities of the IDF exceed those of the U.S. military. But in some areas the Israelis could take more advantage of U.S. technology, especially if strategic necessity and financial reality came together in more productive ways.