How Nazi Germany Pioneered the Helicopter 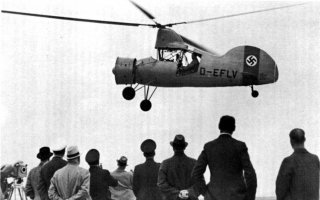 Key Point: The experimental aircraft were intended to provide an "eye-in-the-sky" for the German navy.