How Russia Could Kill F-35s: Su-57's Armed with Hypersonic Missiles? 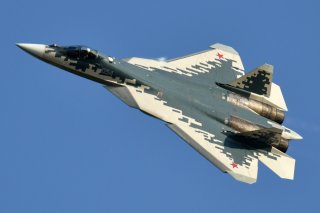 Here's What You Need to Remember: Russia’s integration of hypersonic missiles with fifth-generation stealth capabilities could yield considerable dividends in its threat projection capacity.

Mark Episkopos is a frequent contributor to The National Interest and serves as a research assistant at the Center for the National Interest. Mark is also a Ph.D. student in History at American University. (This first appeared late last year and is being republished due to reader interest.)