How the Russians Are Catching American Drones 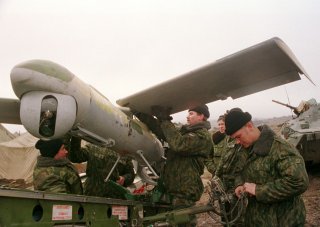 Here’s What You Need to Remember: The United States has in recent years been working on information assurance technologies intended to safeguard drone feeds and various kinds of surveillance networking technologies from hacking or enemy intrusion.