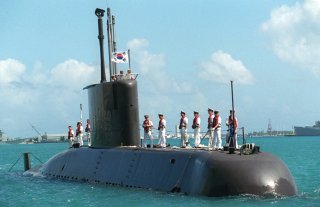 Here's What You Need to Remember: The latest submarine class is largest submarine ever built by South Korea, and their endurance is correspondingly wide—the subs could easily reach any part of the waters near the Korean peninsula with ease, not to mention areas further afield—including the South China Sea if need be.