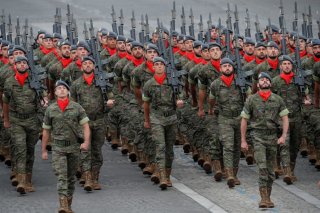 Here's What You Need to Remember: Soviet officers also had the opportunity to learn modern combat, though naturally, Stalin had his Spanish Civil War veterans executed for fear of ideological contamination. Yet not all the lessons were correct. Top Soviet military leaders concluded that massed armor was ineffective, and that tanks should be dispersed in small packets to support the infantry, a doctrine later smashed by German blitzkrieg tactics.