How to Understand Naval Strategy in the Twenty-First Century 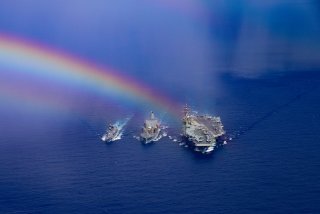 Here's What You Need To Remember: Corbett says he agrees with Mahan that seeking a decisive fleet engagement soon after the outbreak of war is the right course to pursue 90 percent of the time. Nevertheless, he spends an inordinate amount of time delineating a strategy for that other 10 percent of the time—when we’re the weaker combatant and need time to build up strength and turn the tables on our opponent. This is what Corbett calls “active defense,” or sometimes a “fleet-in-being” strategy. (It’s also eerily similar to Mao’s concept of active defense, which has been and remains the core of Chinese military and maritime strategy.)