How to Win a War: U.S. Marine Stealth F-35s Plus Lasers 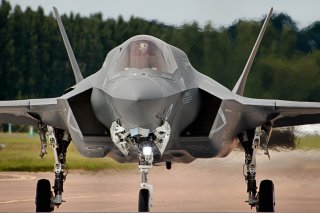 Here's What You Need to Remember: The new laser process will strengthen the design without adding metal or weight. This is of great significance, because among other things, the F-35 is built with a special blend of composite materials to minimize weight and drag while ensuring the curved, radar-absorbent stealth exterior is maintained.