Imagine This: Your Children Go to College for Free 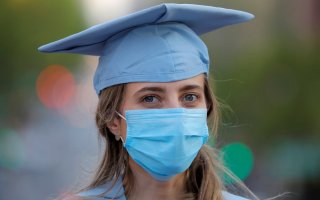 Here's What You Need to Remember: There likely aren’t the votes in Congress to make such a proposal a reality, at least this year, although Biden’s American Families Plan does include funding intended to guarantee free community college. But the Brookings Institution recently looked at the idea of free college, and whether it’s a good idea.

The idea of free college, or at the very least subsidized public college, has begun to gain purchase in recent years. It was a key plank when Bernie Sanders ran for president in 2016 and 2020, and Sanders earlier this year proposed a bill to, as CNBC put it, “make college free and have Wall Street pay for it.”

“In the wealthiest country in the history of the world, a higher education should be a right for all, not a privilege for the few,” Sanders said at the time of the bill’s introduction. “If we are going to have the kind of standard of living that the American people deserve, we need to have the best-educated workforce in the world.”

“While President Biden can and should immediately cancel student debt for millions of borrowers, Congress must ensure that working families never have to take out these crushing loans to receive a higher education in the first place,” Rep. Pramila Jayapal (D-Wash.), the sponsor of the House version of the proposal, said at the time of the introduction.

There likely aren’t the votes in Congress to make such a proposal a reality, at least this year, although Biden’s American Families Plan does include funding intended to guarantee free community college. But the Brookings Institution recently looked at the idea of free college, and whether it’s a good idea.

The Brookings Institution pointed to a proposal called the College Promise For All Policy Framework. Spearheaded by Martha Kanter, who was undersecretary of education during the Obama Administration, the College Promise calls for “Preparing America's Talent Pipeline with Universal Access to, through, and beyond Postsecondary Education.”

The goals of College Promise are to increase the affordability of college, increase the pipeline of skilled workers, and “increase postsecondary access and attainment while reducing student debt.”

“If America is to remain competitive in the global marketplace, pathways to economic and social mobility are now more essential than ever before. In the U.S., COVID-19 related job losses have hit women and underserved populations the hardest,” the proposal states. “As the economy recovers, changes to the American workforce mean that a high school education is not enough to build the knowledge and skills required for success in careers of the future.”

The College Promise proposes a “federal-state partnership” to make college nearly universal for those who want it.

“A Federal-State Partnership would make tuition-free college a reality for every eligible American and would grow and sustain our postsecondary education system,” College Promise proposes. “Prior to the pandemic, half of all College Promise programs reported financial sustainability concerns—uncertainties that have only been heightened as state and local governments, K-12 schools, and colleges brace for budget cuts due to enrollment declines and a looming recession.”