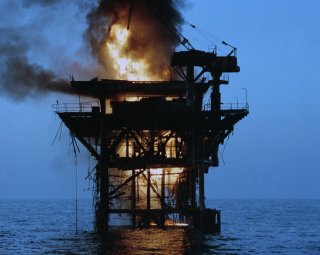 Here's What You Need To Remember: The proposal to directly attack U.S. ships escorting oil tankers out of the Persian Gulf was ultimately vetoed by Ayatollah Khomeini, who adopted a more subtle approach: naval mines.