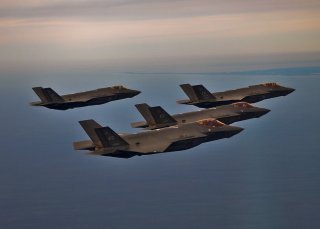 Here's What You Need to Remember: An Israeli Colonel even speculated that Israeli tinkering with the American F-35 platform could even provide a benefit to the United States, saying the Adir is the “first-ever to be manufactured in the United States, per our request. Now, they will likely produce additional aircraft based on the current model for themselves,” though of course that remains speculative.