ISIS Captured Planes From Assad, But Couldn't Fly Them 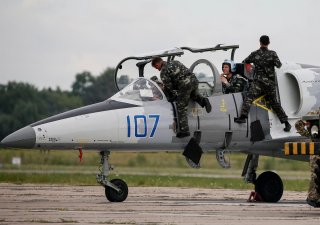 Here's What You Need To Remember: The restored L-39s “rolled on the runway,” Cooper wrote. “However, they were never flown: the SILF lacked necessary pilots and ground personnel.”