ISIS Couldn't Get Its Stolen Air Force off the Ground 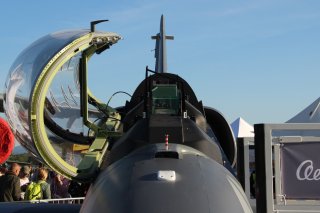