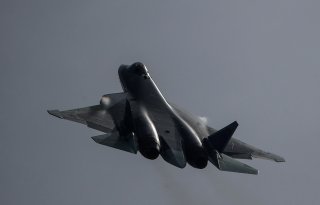 Here's What You Need to Remember: Before it can mass-produce Su-57s that the Russian air force actually can use in combat, Sukhoi must complete development of the type’s combat systems, integrate weapons on the planes, expand the assembly line that builds the stealth fighters and train workers actually to make them.

David Axe served as Defense Editor of the National Interest. He is the author of the graphic novels  War Fix, War Is Boring and Machete Squad. (This first appeared in May 2019.)