It Would Be World War III: Israel's (Nuclear?) Missiles Could Destroy Iran 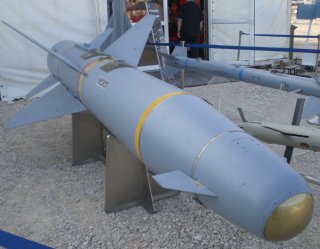 Here's What You Need To Remember: The "Popeye" missile is the mainstay of Israel's cruise missile force. Though it could (in theory) be equipped with a nuclear weapon, it's dangerous enough on its own, too.