J-15 Fighters Will Soon Be Flying from Chinese Aircraft Carriers 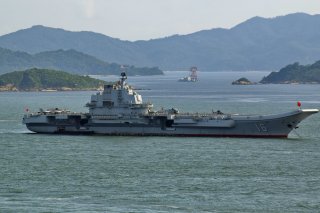 Here's What You Need to Remember: A potentially lesser recognized element of this is that China of course plans to add 5th-gen carrier-launched aircraft such as a new maritime variant of its J-31. Therefore, having a trained and ready group of pilots prepared to operate carrier or amphib-operated aircraft could enable pilots to quickly transition from platforms such as a J-15 to newly arriving 5th-Gen assets.