Is Japan the Key to U.S. Military Strategy in the Pacific? 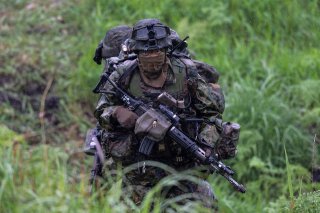 Here's what you need to remember: The end of the Abe era is a time to consider Japan’s future role in the security architecture of the Indo-Pacific region. Frankly, Japan needs to do more if it is to have any hope of deterring China and North Korea.

The security environment in the Western Pacific is becoming more challenging for the U.S., its friends and allies. China seeks to dominate the region and project power globally. North Korea is expanding its arsenal of ballistic missiles and nuclear warheads. To successfully deter Beijing and Pyongyang, and counter their ability to use military coercion, the U.S. is improving its defense posture in the region both qualitatively and quantitatively. U.S. allies in the region, chief among them Japan, need to do the same. But will Japan make the appropriate investments?