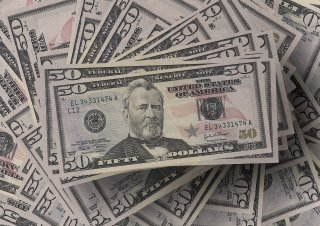 Here's What You Need to Remember: The Council of the Cherokee Nation will consider the proposed plan at a special council meeting set for May 27, and Cherokee citizens are being encouraged to register for the Cherokee Nation’s online Gadugi Portal in anticipation of applications for direct assistance opening up sometime next month.

The American Rescue Plan, which was signed into law in March, included a number of measures designed to provide additional support to the many Americans still struggling with the ongoing effects of the coronavirus pandemic and to help jumpstart an American economic revival.

Most notably, the plan called for the distribution of a third-round of direct federal stimulus payments worth up to $1,400, and to date, the IRS has sent out over 165 million of these payments to eligible Americans with a total value of over $388 billion.

In addition, the plan established a number of other important relief measures, many of which were tied directly to 2020 tax returns, including a $10,200 refund for those who paid taxes on unemployment benefits in 2020 and the expansion of the child tax credit.

But the American Rescue Plan also included a historic amount of funding and investment for one group in particular. The plan called for over $31 billion dedicated to supporting tribal governments and Native-American communities, the largest such program in history. This included $20 billion for stabilizing Tribal community safety net programs and over $6 billion in funding for Native-American health systems, as well as funding for housing and education programs, money for critical economic and infrastructure investments, and more.

Now, one part of the Native-American community that has been hit particularly hard by the pandemic is set to receive a dedicated share of this money. The Cherokee Nation, which has dealt with nearly fifteen thousand confirmed coronavirus cases and suffered one hundred coronavirus-related deaths, will receive $1.8 billion in federal stimulus money. Cherokee citizens will each receive $2,000 in direct assistance, with the first $1,000 coming this year and the remainder set to be distributed in 2022, according to Principal Chief Chuck Hoskin Jr.

In addition, the proposed spending plan announced by Hoskin and by Deputy Chief Bryan Warner would see investments made into tribal health care services and into efforts to support mental health, wellness, and substance abuse recovery for those heavily impacted by the pandemic. Economic development would also be a major focus of the plan, including job training and small business programs.

The Council of the Cherokee Nation will consider the proposed plan at a special council meeting set for May 27, and Cherokee citizens are being encouraged to register for the Cherokee Nation’s online Gadugi Portal in anticipation of applications for direct assistance opening up sometime next month.

Eli Fuhrman is a contributing writer for the National Interest. This article first appeared earlier this year.