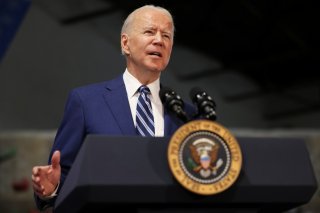 The holders of the estimated $1.7 trillion in collective student loan debt are also wondering if they can expect the Biden administration to forgive their loans. Such a move would be in line with promises that Biden made while on the campaign trail when he pledged to cancel $10,000 in student loan debt per person. Democratic lawmakers have pushed the President to go even further, calling for loan forgiveness of up to $50,000. President Biden has said he would not pursue such a move, though he has reportedly tasked Education Secretary Miguel Cardona with exploring the administration’s legal authority to do so.

There are likely a number of reasons why President Biden might be hesitant to forgive student loan debt of up to $50,000 beyond just questions over his legal authority to do so, including concerns over whether or not such a high number would actually be more beneficial than forgiveness of loans up to $10,000 along with considerations of whether it is fair for people who had the opportunity to attend college to have their loans forgiven.

One other potentially very significant consideration is the possible taxpayer losses that could accompany student loan forgiveness. According to the Biden administration’s recent budget proposal, it is estimated that the action the federal government has already taken regarding student loans – including the three freezes implemented on student loan repayments – has cost taxpayers roughly $53 billion. This represents a significant increase from last year, with the previous budget estimating that taxpayers would be on the hook for about $15 billion for the federal student loan portfolio.

The budget also includes a projection of $68 billion in long-term losses from student loans, which follows a Congressional Budget Office report from 2019 which estimated that federal student loans could cost taxpayers $31.5 billion over the next ten years.

In 2020, the Education Department found that taxpayers could be responsible for as much as $435 billion from the federal student loan program.

The potential hit to taxpayers associated with federal student loans may be why President Biden has not yet taken significant action on student loans and why he has resisted calls to do so. These projections could also factor into the administration’s decision regarding a possible further extension of the freeze on student loan repayments.