Joe Biden's Economic Boom Isn't As Great As You Think 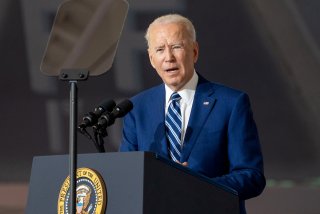 Here's What You Need to Remember: “Despite all this economic recovery in parts of the economy and some of this inflationary stuff that’s happening, we haven’t seen any movement to speak of,” in terms of large numbers of companies returning their workers to the office.

The current economic conditions in the U.S. are unprecedented, in many ways. Many parts of the economy were essentially closed, for nearly a year. Demand has soared, for some things, while crashing, for others. In the meantime, unprecedented amounts of stimulus dollars have flowed to pockets of Americans from the federal government.

This has brought about “distortions” in the economy, according to statements this week by DoubleLine Capital founder Jeffrey Gundlach.

According to ThinkAdvisor, Gundlach spoke this week in a webinar about present economic conditions.

“Lots and lots of jobs that are open but can’t get filled because of the government competing with private enterprise,” Gundlach said on the webinar, echoing recent fears that extended unemployment benefits were discouraging large numbers of Americans from working.

He later warned of a “shock to the economy” when enhanced unemployment benefits from the American Rescue Plan Act run out in early September.

Also, per Business Insider, Gundlach continued to be bearish about the dollar.

“The dollar going down. That's the linchpin to everything, I believe. And so, that's the thing that is the most important."

Gundlach also warned about potential rising inflation, although he did agree with economists who say it may very well be temporary.

“What’s really been exploding to the upside in certain parts of the economy: used cars,” Gundlach also said, “where prices have nearly doubled over the past year.” Last year, during the pandemic when nobody was traveling, the major car rental companies sold off large chunks of their inventory, which led to a shortage this spring, and sticker shock for travelers.

Gundlach also pointed out distortions in the housing market, which has seen prices rise dramatically of late, with inventories at their lowest level in memory. There’s even been a lumber shortage.

“Despite all this economic recovery in parts of the economy and some of this inflationary stuff that’s happening, we haven’t seen any movement to speak of,” in terms of large numbers of companies returning their workers to the office.

Gundlach also stated that recent stimulus efforts haven’t been good for the trade deficit since, he said, many spent that money on products made in Asia.

“We continue to run over 20% of GDP budget deficit. So as robust as a 10.4% nominal GDP forecast is, if we didn't have deficit spending, there would be no economic growth in the United States,” Gundlach said, per Business Insider. “If we suddenly took the deficit to zero, we would actually have a negative 10% GDP growth almost instantaneously. So we're living for sure on an unusually fueled economy. It of course has been aided and abetted by the Fed's balance sheet."