Is Joe Listening? Petition for $2000 Checks Is Approaching 3 Million Signatures 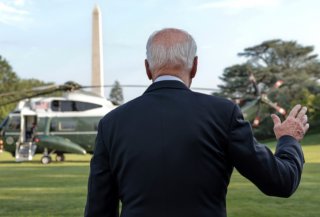 Key Point: President Joe Biden and Congress for much of this year have been hearing from all sides that more direct stimulus checks are desperately needed to financially help struggling Americans amid the ongoing coronavirus pandemic.

In fact, there are currently more than five online petitions demanding recurring monthly stimulus checks of $2,000 until the health crisis ends. The largest of them is the Change.org petition that was launched earlier this year by Denver-area restaurant owner Stephanie Bonin.

And as of this writing, the petition recently surpassed 2.7 million signatures—putting it just three hundred thousand short of its ultimate goal. At this current pace, the petition will likely hit its target sometime next month.

‘Fear For My Financial Future’

“My name is Stephanie, and I am one of millions of Americans who fear for my financial future because of this coronavirus crisis. With businesses and schools closing across the country to control the spread of this virus, many people have already lost their jobs. Others are being forced to stay home,” she writes in the petition.

“I’m calling on Congress to support families with a $2,000 payment for adults and a $1,000 payment for kids immediately, and continuing regular checks for the duration of the crisis. Otherwise, laid-off workers, furloughed workers, the self-employed, and workers dealing with reduced hours will struggle to pay their rent or put food on the table. Our country is still deeply struggling,” she continues.

Do keep in mind that over the past year, Congress has approved the delivery of three stimulus payments to most Americans—a $1,200 check in April 2020, $600 in December, and the current $1,400 payments under Biden’s American Rescue Plan.

Despite these direct payments, it has been well-documented in the media that millions of Americans are still struggling to make ends meet as the highly transmissible Delta variant continues to be responsible for a surge in new cases. Making matters worse is that roughly half of all states already have ended or are in the process of halting the federally enhanced unemployment benefits.

“For our team and other Americans who can claim unemployment, even the maximum payments will not be enough for most people to continue paying their bills—and avoid slipping into poverty,” the petition reads. “The facts are, even successful small businesses can’t go months with their doors closed. But supplying Americans with monthly support until they can get back on their feet can save our communities from financial ruin.”

However, it does appear that some lawmakers in Washington are receptive to the idea of more stimulus checks. Recently, several members of the House Ways and Means Committee stated in a letter to Biden that the “pandemic has served as a stark reminder that families and workers need certainty in a crisis. They deserve to know they can put food on the table and keep a roof over their heads.”