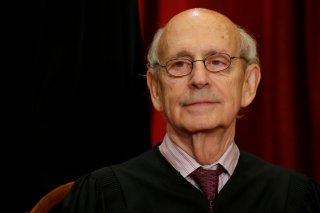 Here's What You Need to Remember: This relationship has been of particular interest during the Trump era, where the Supreme Court’s professional jurists still enjoy some degree of separation from political issues on Capitol Hill.

Many progressives fear that if Breyer died or was forced to step down under a Republican administration, the president would appoint a conservative justice, deepening the court’s conservative majority and potentially imperiling Supreme Court decisions such as Roe v. Wade and Obergefell v. Hodges, which many liberals credit with expanding the rights of women and minority groups.

Even if Breyer stepped down under a Democratic president, skeptics have noted that there is no guarantee that the Senate Majority Leader, if a Republican, would agree to confirm another justice if he or she could prevent it. In 2016, then-Senate Majority Leader Mitch McConnell (R-KY) declined to hold hearings on Obama’s proposed successor to Justice Antonin Scalia, current Attorney General Merrick Garland, arbitrarily deciding that the next president should fill the seat. Democratic outrage over this decision was compounded when, four years later, McConnell refused to invoke the same precedent following the 2020 death of Justice Ruth Bader Ginsburg, quickly appointing Amy Coney Barrett to fill her seat before the election. This decision is thought to have been one of a handful of key factors in Biden’s electoral victory over Donald Trump in November 2020.

Breyer himself has faced the question of retirement before but has usually dismissed the idea, claiming that he is in good health and enjoys his job. In a New York Times interview published on August 27, the justice suggested that he was considering retirement, indicating that he did not intend to fill his seat until his death.

Biden has largely supported Breyer, rebuffing calls from the Democratic base for his retirement. The associate justice continues to actively participate in decisions and is currently writing a book, “The Authority of the Court and the Perils of Politics,” which discusses the relationship between the nominally apolitical Supreme Court and the partisan political environment of Washington, DC.

This relationship has been of particular interest during the Trump era, where the Supreme Court’s professional jurists still enjoy some degree of separation from political issues on Capitol Hill. Trump’s three Supreme Court justices—Neil Gorsuch, Brett Kavanaugh, and Barrett—have largely upheld existing judicial precedents, such as Roe and Obergefell, rather than attempting to overturn them, as many conservatives hoped that the court’s conservative majority would. It is uncertain how this will affect future Supreme Court appointments, if at all.