The Marines are Acquiring a New Missile to Target Enemy Warships 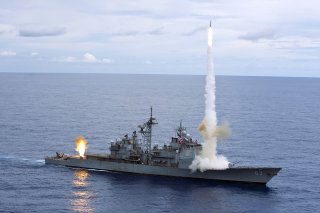 Here's What You Need to Know: The Marine Corps' plan to sink enemy warships centers on a ground-based anti-ship missile that can deploy from expeditionary warfare vessels.