Maxed Out: Can the Army’s Abrams Tank Get Any More Upgrades? 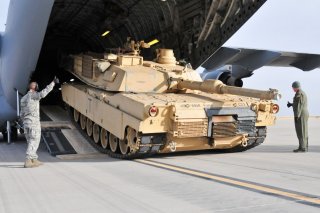 Here's What You Need to Know: The Army’s Vice Chief of Staff Gen. Joseph Martin talked about this with The National Interest more than a year ago, explaining that there would be a need for a new type of “tank” platform in the future but there is not yet consensus regarding what it should look like.

The Abrams tank has been so massively upgraded over the years that the 1980s-era war machine is now almost an entirely new vehicle . . . as it has new armor, computers, ammunition, sensors, and weapons.

However, interestingly, alongside the weapons and technology-related reasons why the Abrams is still so relevant to modern war, there is another clear reason why the tank is not likely to go anywhere anytime soon. The need for heavy armor.

This raises an interesting question, particularly given that the Army’s Next-Generation Combat Vehicle program is focused on building lighter weight, artificial-intelligence-enabled more expeditionary armored platforms with vehicles such as its Mobile Protected Firepower light tank and new Optionally Manned Fighting Vehicle infantry carrier. Unlike an Abrams which is simply too heavy for air transport, these new vehicles can deploy through the air and therefore operate with an ability to hit warfare much faster should combat quickly break out.

The strategy here is of course to engineer armored combat vehicles that are more deployable and able to better support advancing infantry by crossing bridges or reaching places otherwise inaccessible to a seventy-ton Abram. The thinking is to leverage advanced, long-range artificial-intelligence-enabled targeting sensors, lightweight armored composites, active protection systems, improved precision ammunition and, perhaps most of all, manned-unmanned teaming so that forward operating robotic vehicles can absorb the most combat risks and face enemy fire.

This approach, however, stands in a delicate balance with current Army thinking that there will likely continue to be a need for heavily armored vehicles such as the Abrams, for many years to come. Why? There simply might not be enough technical breakthroughs with efforts to build lightweight composites as survivable as heavy armor in the immediate future, Army weapons developers have explained.  So while newer, lighter, faster vehicles may be less likely to be “hit” given its speed, technical defenses and use of unmanned systems, something like an Abrams is likely to still be necessary for certain high-impact areas involving massive, force-on-force armored warfare amid incoming enemy fire. What the Abrams may lack in speed, mobility and fuel efficiency may be more than compensated for by its fire power and heavy protective armor. After all, an Abrams can, in many instances, survive an incoming hit from an RPG or even anti-tank missile in some circumstances, and it is just not yet clear if there are yet lightweight armor materials able to do this. However, many weapons developers also recognize there is only so much a legacy platform can be upgraded before a new one is needed to meet modern threats, despite the continued prominence and superiority of the Abrams.

These questions form the basis of ongoing discussion, as they pertain to the pace of technological progress and the promise of emerging innovations. The Army’s Vice Chief of Staff Gen. Joseph Martin talked about this with The National Interest more than a year ago, explaining that there would be a need for a new type of “tank” platform in the future but there is not yet consensus regarding what it should look like.