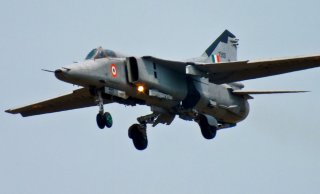 Here's What You Need To Remember: Despite the problems with the cannon, the MiG-27 reportedly otherwise deemed a reliable, smooth-handling aircraft. Though not particularly agile, it was both fast and a stable firing platform with good low-speed performance.