Mig-35: Could This Aircraft Be Russia's Best 4th Gen Fighter? 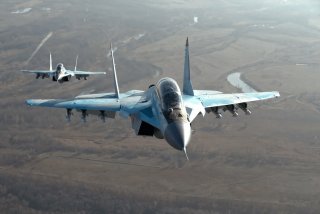 Key Point: While the MiG-35 is certainly one of the more capable fourth-generation plus platforms that exists, it has struggled to enter markets outside of Russia.

Caleb Larson is a Defense Writer with The National Interest. He holds a Master of Public Policy and covers U.S. and Russian security, European defense issues, and German politics and culture. This article first appeared earlier this year and is reprinted due to reader itnerest.