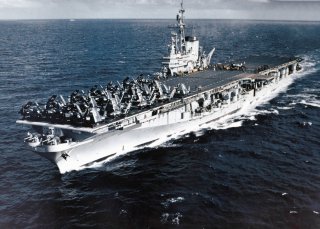 Here’s What You Need to Remember: On April 11, 1992, after 47 years, the first of the class and the last to remain in service was finally decommissioned. Midway didn't arrive in time for World War II, but along with her two sister ships played a crucial role in the Cold War – remaining in service through the 1991 Gulf War. Today she is preserved as a museum ship in San Diego.