The Military-Industrial Complex Is in Love With the F-35 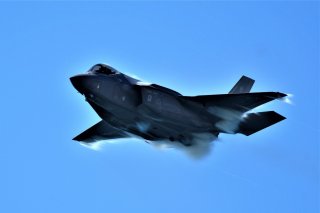 Here's What You Need To Remember: It seems to represent the only way that advanced democracies can convince their constituencies to cough up enough cash to pay for increasingly expensive aircraft.

Dr. Robert Farley, a frequent contributor to TNI, teaches at the Patterson School of Diplomacy and International Commerce at the University of Kentucky. He is the author of the Battleship Book and can be found at @drfarls. This article first appeared last year.