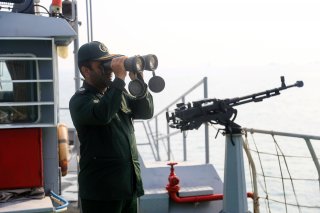 Here's What You Need to Remember: If Iran actually were to deploy Van Riper’s brutally effective tactics, it just might inflict even more damage than Van Riper’s own hamstrung forces did in their simulated, and rigged, war.

David Axe serves as the former Defense Editor of the National Interest. He is the author of the graphic novels War Fix,War Is Boring and Machete Squad. This article is being republished due to reader interest.