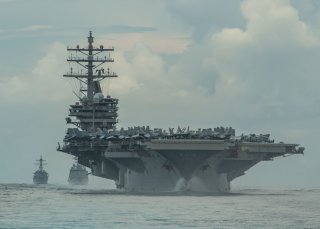 Here's What You Need to Remember: The People’s Liberation Army Navy carrier fleet is a rapidly growing force shaping up to be a powerful, flexible tool of statecraft and war. Beijing could realistically have four aircraft carriers by 2022—a remarkable feat of military construction.

Kyle Mizokami is a defense and national-security writer based in San Francisco who has appeared in the Diplomat, Foreign Policy, War is Boring and the Daily Beast. In 2009 he cofounded the defense and security blog Japan Security Watch. You can follow him on Twitter: @KyleMizokami. This piece was originally featured in September 2018 and is being republished due to reader interest.