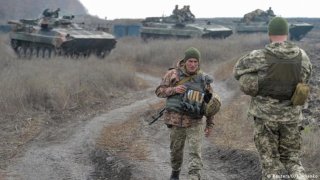 Here's What You Need to Remember: The likelihood of such an invasion remains exceedingly low under present circumstances because the consequences of annexing the Baltic states, like potentially triggering World War III, far outweigh the small benefits.

Five years later, the correlation of forces on NATO’s eastern flank has not drastically shifted. The Baltic states have gradually ramped up their defense spending and received a steady stream of US military aid, but these modest measures are being offset by Russia’s continued military buildup on its western outskirts and in its Central European enclave of Kaliningrad. A 2021 paper, published by the Swedish Research Agency, largely replicated the 2016 RAND report’s conclusion that Russia’s military can overwhelm the Baltic region in a matter of days.