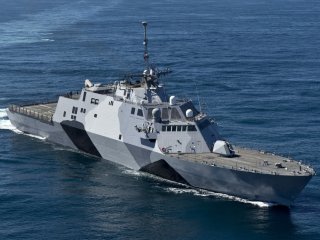 Here's What You Need to Remember: Despite some of these movements, the Navy has continued to pursue its fleet of emerging LCS ships and worked to preserve and evolve its combat efficacy. These efforts have included arming the ship with deck-launched Hellfire missiles and integrating longer-range strike missiles into the ship.

Kris Osborn is defense editor for the National Interest. Osborn previously served at the Pentagon as a Highly Qualified Expert with the Office of the Assistant Secretary of the Army—Acquisition, Logistics & Technology. Osborn has also worked as an anchor and on-air military specialist at national TV networks. He has appeared as a guest military expert on Fox News, MSNBC, The Military Channel, and The History Channel. He also has a Masters Degree in Comparative Literature from Columbia University. This first appeared in 2018 and is being reposted due to reader interest.