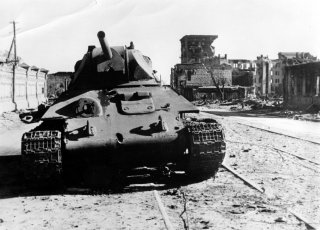 In January 1943, the once-invincible German Wehrmacht was reeling, being pushed back across a 175-mile portion of the Russian front by the Red Army. Stalingrad had just fallen, along with its 600,000 men, to a brutal months-long battle. A two-pronged Russian army was threatening to surround and annihilate a German battlegroup even larger than the one lost at Stalingrad near their headquarters on the Don River. In the chaos of this titanic struggle, two German generals helped turn what could have been the destruction of the German ability to resist in the east into a stunning victory.