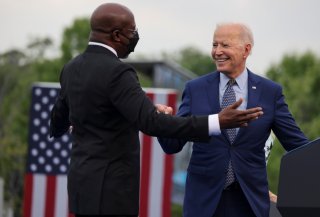 Here's What You Need to Remember: To prevent the threat of a filibuster, a recurring stimulus measure would need the support of ten Republican senators. This seems like an unattainable goal, especially since it is not yet clear that any such measure would have the support of fifty Democrats.

By now, the third stimulus payment – the series of $1400 checks passed by Congress in March 2021 – has been mailed to, or directly deposited in the accounts of, over 150 million Americans. To date, roughly $380 billion in total has been paid out in direct stimulus.

There is no question that these payments have helped to keep families above water. As they end, however, the financial situation of many Americans remains desperate. Studies have indicated that nearly half of all Americans would once again be in need of financial assistance within three months. Moreover, given the constraints that the COVID-19 pandemic and its associated lockdowns have placed on economic activity, and the high rates of unemployment in low-skilled industries, many are advocating in favor of the security that a more regular stimulus payment for the duration of the pandemic would provide.

A letter to this effect – written by Humanity Forward, a political group that traces its origins to the presidential campaign of Andrew Yang, whose signature proposal was a “universal basic income” of $1000 per month to all American adults – proposes such a payment. Signed by more than 70 Democrats in the House and Senate, the letter proposes an ongoing stimulus payment each month for the remainder of the pandemic. An earlier proposal supported by dozens of House Democrats, including progressive firebrands Alexandria Ocasio-Cortez (D-NY) and Ilhan Omar (D-MN), recommended recurring stimulus checks as well. A Change.org petition, which had gathered 2 million signatures by the beginning of May, advocated for a monthly $2000 payment – a proposal also supported by Vice President Kamala Harris.

However, while liberals and progressives are largely aligned on the need for further stimulus spending, and another check would be very popular among most Americans, a recurring stimulus bill is unlikely to pass Congress. Republicans – who control nearly half of the House of Representatives and exactly half of the Senate – have decried recurring stimulus checks, arguing that they are extremely costly for the government and not effective at “stimulating” the economy.

To prevent the threat of a filibuster, a recurring stimulus measure would need the support of ten Republican senators. This seems like an unattainable goal, especially since it is not yet clear that any such measure would have the support of fifty Democrats. Conservative Democrats such as Sen. Joe Manchin (D-WV), concerned about government spending, have opposed open-ended stimulus checks, preferring smaller and more targeted measures instead.

This does not mean that a fourth stimulus check will not be coming. However, if one is signed into law, it will probably be as a result of intense negotiations, resulting in more targeted stimulus and probably a smaller payment, with fewer Americans eligible.

Trevor Filseth is a current affairs writer for The National Interest. This article first appeared earlier this year.